Sperm must reach the fertilisation point to fertilise the egg. Pregnancy begins with uterine implantation of a fertilised egg. The egg divides into an embryo after implantation.

How to have children without having sex?

It is necessary for the sperm to be sent to the fertilisation point, where they must come into contact with the egg in order to start a pregnancy. The implantation of a fertilised egg into the uterine wall marks the beginning of pregnancy. After implantation, the egg continues to divide and develop into an embryo.

Infertility can be treated with a variety of artificial insemination methods, one of which is intrauterine insemination (IUI), also known as “IUI.” In the course of this procedure, a small catheter is utilised in order to insert sperm directly into the uterus. The plan and objective is to improve the chances of fertilisation by combining the egg with a number of viable sperm before placing it in the incubator. Therefore, the likelihood of becoming pregnant is increased.

In the process of in vitro fertilisation, also known as IVF, mature eggs are removed from the ovaries and then fertilised in a laboratory by sperm. After the egg has been fertilised, either the embryo or the fertilised egg will be transferred to the uterus. The entire procedure takes roughly three weeks, although it can occasionally take even longer depending on how you want to proceed with the steps. A cycle typically lasts for this amount of time.

The “Turkey Baster Method,” sometimes referred to as Intracervical Insemination (ICI), is the home insemination technique that is utilised the most frequently. During the process, sperm are injected close to the cervix using a syringe that does not have a needle attached to it. If insemination at home is not carried out correctly, there is a possibility that it could be harmful. When collecting sperm, one must use a dry, sterile cup, and when injecting the sperm into the female, one must use a sterile syringe that does not have a needle.

Surrogacy is also an option

In order to become parents, a lot of people, including celebrities, have turned to surrogacy. It is a type of assisted reproduction in which a woman agrees to carry and then deliver a child on behalf of another couple or individual. In the process of gestational surrogacy, a fertilised egg or embryo is placed into the uterus of the surrogate mother, who then carries the pregnancy to term and gives birth to the child.

Is splash pregnancy a thing?

Splash pregnancy occurs when sperm reach the outer vaginal area (either accidentally or intentionally) and lead to conception in the absence of sexual activity between the couple. All that needs to happen is for the sperm to reach the vaginal or vaginal-like areas of the female. This condition is also referred to as a “virgin pregnancy.”

# Other ways to have kids without sex
Share Your Love Now

How to Write Blog Rygar Enterprises and How to Make Money 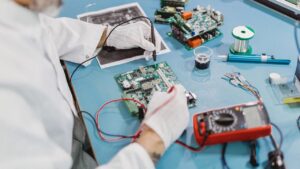 How to Make Money from Solder Repair 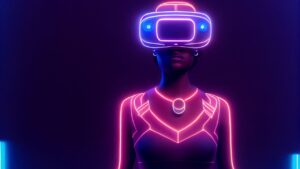 How does Mixed Reality Expand on Augmented Reality?

Best spas in the US
We use cookies on our website to give you the most relevant experience by remembering your preferences and repeat visits. By clicking “Accept All”, you consent to the use of ALL the cookies. However, you may visit "Cookie Settings" to provide a controlled consent.
Cookie SettingsAccept All
Manage consent

This website uses cookies to improve your experience while you navigate through the website. Out of these, the cookies that are categorized as necessary are stored on your browser as they are essential for the working of basic functionalities of the website. We also use third-party cookies that help us analyze and understand how you use this website. These cookies will be stored in your browser only with your consent. You also have the option to opt-out of these cookies. But opting out of some of these cookies may affect your browsing experience.
Necessary Always Enabled
Necessary cookies are absolutely essential for the website to function properly. These cookies ensure basic functionalities and security features of the website, anonymously.
Functional
Functional cookies help to perform certain functionalities like sharing the content of the website on social media platforms, collect feedbacks, and other third-party features.
Performance
Performance cookies are used to understand and analyze the key performance indexes of the website which helps in delivering a better user experience for the visitors.
Analytics
Analytical cookies are used to understand how visitors interact with the website. These cookies help provide information on metrics the number of visitors, bounce rate, traffic source, etc.
Advertisement
Advertisement cookies are used to provide visitors with relevant ads and marketing campaigns. These cookies track visitors across websites and collect information to provide customized ads.
Others
Other uncategorized cookies are those that are being analyzed and have not been classified into a category as yet.
SAVE & ACCEPT